Amazon is the world’s second longest river after Nile with total length 6751 km. The river in average discharges 209,000,000 liters water per second. Yangtze with the length 6,300 kilometers is the longest river in Asia and the third longest in the world. It plays the biggest role in China’s economy as it provides water for hydro-electricity, sanitation, irrigation, transportation, industry etc. Yenisei flows through Russia and Mongolia. Yenisei has length 5,539 km with the maximum depth 24 metres. It is of length 4,880 km, Parana and its tributaries create a big watershed throughout the continent. Congo River is the world’s deepest river having a depth of 220 m. The length of 4,370 km made Congo the ninth longest river in the world. Mekong river is also called the ”mother of waters”. The length of the river is estimated 4,350 km which passes through the countries Laos, China, Burma, Thailand, Cambodia and Vietnam. 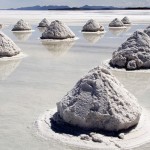 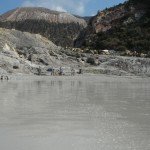