A historical sheet of music excavated on clay tablets was ever discovered in the Syrian city of Ugarit. The tablet age is around 1,400 B.C. and contains an entire hymn dedicated as a tribute to Nikal, the moon god’s wife. A false toe fashioned out of wood and leather which was buried 3,000 years ago was discovered with Egyptian mummies. According to researchers, the toe was buried with a body of a woman who lived between 950 B.C. and 710 B.C.

The oldest knife which isn’t Swiss in origin but looks like forefather of all those versatile knives that were manufactured by top companies. This ancient tool was found in the Mediterranean in the early 1990’s and by its features assumed to be originated from the second century Roman Empire. A well-preserved shoe which was found along with the oldest weaved skirt in the caves of Armenia with the other artifacts from the copper age. This 5,500-year-old moccasin-like shoe was made with the whole-cut technique and single piece of cowhide leather. Oldest known material formed on earth, founded in 2001 in a part of Western Australia on a sheep ranch. Its age is rated by scientists about 4.4 billion years ago which is pretty closer since the planet was formed. 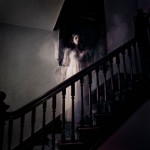 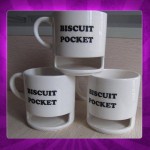