Unilever is a well-known corporation that owns a wide range of companies that produce products from household and personal care items to food stuffs as well. They own some of the most famous companies and brands out there, things that you probably have in your house at any given point.

Unilever ranks #113 on the Forbes Global 2000 list and is worth a little more than $129 billion. Several of the companies and brands that Unilever owns which produce products to clean and maintain both your house and also used by yourself, which includes: Sunlight, Vim, Via, Sun, and Breeze, Q-tips, Comfort, Degree, Vaseline, Dove, AXE, Lever 2000, St. Ives, Suave, Noxema, Thermasilk, TRESemme, Alberto and Cutex.

Unilever also owns brands that produce some of your favorite frozen treats like Cornetto, Ben & Jerry’s, Popsicle, Klondike, Magnum, and Breyer’s too. Pepsi doesn’t just make drinks, they also produce a great many other things. PepsiCo is a huge parent company that owns several other major brands.

PepsiCo even owns Yum!Brands which is the organization that used to be known as Tricon Global Restaurants, Yum!Brands operates licensed brands such as Taco Bell, KFC, Pizza Hut and Wing Street. They also own many brand name drink comapnies like Tropicana, Auquafina, MUG Rootbeer, Mountain Dew, 7up, Sobe, Brisk, and Gatorade too.

PepsiCo also owns Quaker, the people that make Aunt Jemima, Captain Crunch, Life cereal, Chewy granola bars, and many other grain products too. Finally, you can’t enjoy a Pepsi without some chips and that’s why they also own Ruffles, Fritos, Sunchips, Lays, Tostitos, Doritos, and Cheetos. P&G is one of–if not the world’s biggest–parent company on the globe today. This corporation owns two food companies, such as IAMS which produces dog food, and Pringles the chips that don’t stop according to their media campaign, but there are still many brands and products you use everyday that are made by other companies owned by P&G. Nestle also produces many other things besides food and chocolate, or should we say that they own many companies such as Nestle owns L’Oreal, Garnier, VICHY, Maybelline, The Body Shop, and Biotherm.

By proxy of owning L’Oreal, Nestle also owns Ralph Lauren, Giorgio Armani, Yves Saint Laurent, and DIESEL, or at least they own the product licenses for their perfumes.

Nestle predominately owns corporations that produce pet food, they own Purina, Beneful, Friskies, ALPO, Fancy Feast and more. Not only do they dominate in the dog food industry, but they also rule the world of the chocolate bar. Johnson & Johnson is one of the world’s largest producers of medicine and medical supplies, it ranks #34 of the Forbes Global 2000 list, and has a current net worth of just over $275 billion.

Johnson & Johnson owns corporations all over the globe from Beijing to Europe and back to the good ol’ US of A. Their main subsidiary is Johnson & Johnson Medical which has offices in Korea, Mexico, Australia, Russia, Italy, South Africa, Japan, India, and more.

You might be surprised to hear that they own companies that make medical diagnostic tools as well as companies that study viruses. Some of their more well known ventures include The Tylenol Company, Splenda, Aveeno, Nicoderm, Rolaids and Clean&Clear. They also own international medical and cosmetic companies like, Beijing Dabao Cosmetics Co Ltd, DePuy, Calig, ColBar Life Science, Amic AB, Alza Ireland Ltd, Ethnor Farmaceutica and Janssen Pharmaceutical. 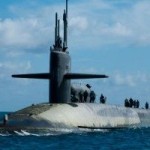 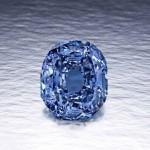