The door here is completely filled with natural gas. The whole gases collapsed into the hole and the natural gas which was poisonous started discharging. Soviet geologist has this brilliant idea to burn off the gas to prevent it from spreading and as a result we have the ever-burning hole that we see today. Death zone is at the world’s highest mountain Everest and the zone is the high altitudes that are at an 8000 m altitude. The most scary part in this place is corpses can be found near the climbing routes. This is at 8660 ft (2600 meters) altitude. The scary point here is that the workers who collect the sulfur in the volcano’s sulfur mines can either be afflicted with all kinds of respiratory affliction or that the volcano might  blow its top anytime.

The Jacob’s well is karstic spring that has a 12-foot (3.7m) width mouth and flows from nearby Cypress Creek. The well has a vertical descent that goes on for about 30 feet (9.1m) down then it continues on at a downward angle that passes through some chambers that are filled with silt and the descent finally reaches the bottom which is at a depth of 120 feet (37m). 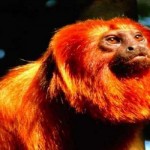