The pink dolphin which can only be found in the Amazon rainforest. There is a mythology that the dolphin turns into a man (a handsome one at that), seduces and impregnated a woman then reverts back to its original form afterwards. It is due to these beliefs, the pink river dolphin have been spared from being hunted by the local Indian tribes. Macaw is the most “loudest” bird in the Amazon rainforest. Their voices could reach 2 miles (a conservative length). Macaws are the most favorite of most birdwatchers. Toucan’s uniqueness among the other animals in the Amazon rainforest is that, it has a bright colored big beak that does little to dispel the notion that it is not a noisy bird. Its other colors are black, white around the neck and chest area coupled with brilliant blue eyes. It looks colorful but it is very poisonous. The poison is commonly  used by Indian natives to make a poisonous blowdarts. It is a species of tree-dwelling monkeys; one of the many unusual animals of the Amazon rainforest. It got its name due to its extra long hair in its face with  bright reddish orange coloring that gives the impression of a lion’s mane. 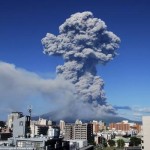