The Singapore Government realized 20 years back that the cost of cleaning the disposed chewing gums were costing much to the country and hence they put a ban on this sticky substance. It is said that a person once brought the entire transport system to a standstill by a gum and since then the ban was imposed. There is a list of around 24000 baby names issued in Denmark by the government and people are allowed to pick up a name for their baby only from this list. If any person desires to choose a name which does not belong to the list, then a special permission has to be sought. The North Korean leaders have banned blue jeans in the country because the associate the colour blue with the United States of America. Ketchup is regarded as a serious threat to the culture in France. People believe that the taste of ketchup over shadows the natural taste of the food and thus it has been banned in France. The Iranian government, in the year 2010, issued a list for men stating the hairstyles which they are allowed to sport. This list strictly prohibited men from keeping ponytails. The reason behind this is that the government does not want people in Iran to get a western influence. 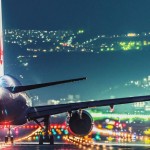 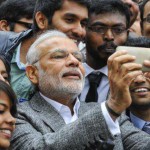